Are your gifts codependent? 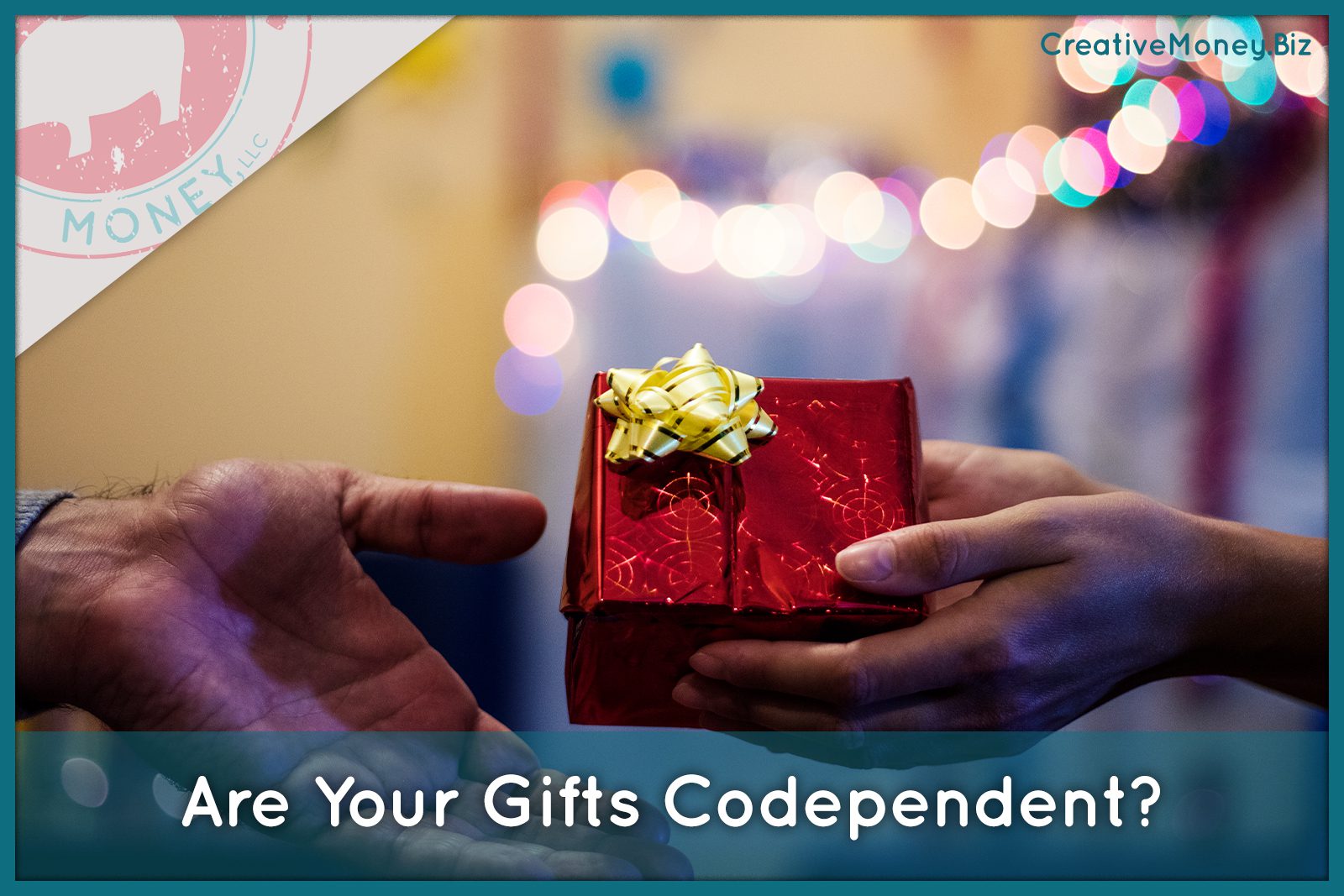 As we start to shift into the holiday/year end season, people are thinking of this as the perfect time of year to practice our generosity. I see gift guides out there that include everyone from the janitor at your kids’ school (who DEFINITELY needs some love) to your second cousins, twice removed.

But do you ever stop to ask yourself WHY you’re giving to all these people? Although I didn’t realize it at the time, when I was younger I used gift-giving to gain love, approval, control, and admiration. I gave expensive gifts to family members to curry their love and approval. I gave generously to coworkers to be admired — and I gave to everyone to exert some kind of control over the relationships.

I see this happen all the time with my clients as well. Moms who come up with elaborately cute or clever gifts to give to every single teacher at the school. Parents who attempt to bribe their kids into good behavior with the threat of “Santa” watching — then shower them with gifts anyway. Family members who try to one-up one another every year to see who can give the most ridiculously generous gifts. People seem to think that the less controlling you are, the less control you have over your money, but I found exactly the opposite to be true for me. The less codependent I became, the less money I spent. And it’s impossible to save money on gift-giving with a codependent mindset.

Some people think they’ll disappoint their children if they don’t go full-out with gifts under the Christmas tree. I’ve found that with kids, gift satisfaction can be very short term. And even early on, kids inherently know whether the gift you are giving is for them, or for you. The gifts you give to satisfy an idealized vision (like how cute they would look in that sweater) have ZERO value to them.

Friends and family members can be more difficult. If a friend gives you an expensive gift one year, you may feel obligated to spend more on her the next year. Or if you want your family to see you as successful or as having good taste, you might go out of your way to buy certain kinds of gifts to back up that vision.

If you think you might be giving with “ulterior motives” in mind, ask yourself if you are you trying to:

Whether or not you can “afford” to be generous at the holidays, it’s a good practice to start asking yourself “why” every time you add someone to your list or go to make a purchase. Buying a small gift for your child’s teacher is an appropriate expression of gratitude. Putting together Pinterest-worthy gifts for every member of the school staff is probably overdoing it.

Quite simply, I don’t even think of this as a way to save money on gift giving anymore; I see it as evidence of how much I have grown from the codependent gift giver I used to be.

Click here to go to the free library of resources, where you can download my Creative Money appropriate holiday spending plan.

Four actions to get more from your money
October 20, 2021

The perfect idea to drive all money decisions
October 6, 2021

Financial planning is not an emergency
September 29, 2021

Stay Sane With Your Investing
September 1, 2021

Using Law of Attraction on Your Debt
August 25, 2021
Go to Top
If you'd like more information like this,
be sure to check out my free Money Chakra ebook.
Don't forget to also check out my FREE
Team Delegation Planning Worksheet.