How to avoid being a victim of fraud 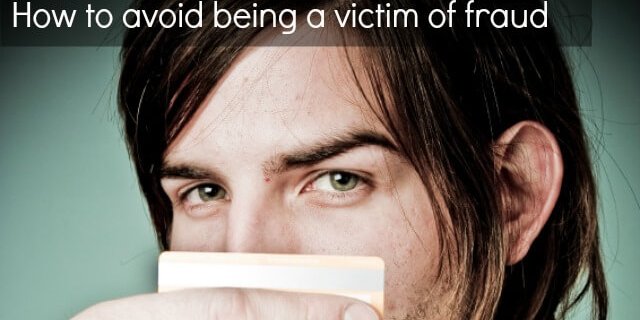 Last week, I was looking over what charges had cleared my business checking account, and I came across something odd: a charge for $80 at a Kroger’s in Cold Springs, Kentucky. I wasn’t in Kentucky (I’m in Seattle), so clearly someone had perpetrated fraud on my account!

I immediately called my bank and had them flag the fraud and open an investigation. They ran me through a list of questions (did anyone else have access to my debt card? No…) to make sure I had not accidentally used it and then forgot about it, and then they started the process to get me a new card number and credit the fraudulent charge.

But you know what the representative told me was the best way to reduce fraud charges? When you buy gas, go into the store and pay for it instead of swiping your card at the gas tank. Whaaaat?? Interesting, right? She said that the way

This actually makes sense to me. My friend had been dating a guy in the military who had to change his debit card number almost every single time he was in town (three times in one year) because he kept getting fraud charges. Later, they found out that the coffee place he went to when he was in town had an employee that was cloning card numbers when processing transactions.

The means that the fraud didn’t happen because I bought stuff online; the fraud was a result of using my physical debit card offline. Given how many people are nervous about online technology, I think that’s sort of hilarious.

The fraud facts and tips

The number of notified credit-breach victims who later endured fraud increased 340% from 2010 to 2012; up to 110 million people were affected by last year’s Target breach alone. So here are some ideas on how to limit your exposure:

Use a credit card. Federal law caps your liability for fraud on credit cards at $50, the same amount as for a debit card, BUT…with your debit card, Federal law states you have to report the charge within two business days. Your bank might be more forgiving than the law, but if you’re not sure, you might want to check your bank’s fraud rules.

Sign for your transactions. Visa and MasterCard offer a “zero liability” fraud policy on debit transactions for customers who sign instead of using their debit card PIN.

Check your accounts once per week. I think you should be doing this anyway for clarity, but this will ensure you catch fraud as it happens. If your card has been compromised, getting a new card with a new PIN should be sufficient.

Change up your PIN (and passwords). I’m personally loving the long, alpha-numeric complicated passwords that LastPass generates and stores for me, but at the very least, make your passwords more complicated and unhackable.

Monitor your credit reports. Regardless of fraud, you’re entitled to three free credit reports annually (one from each major agency), so order one every four months from AnnualCreditReport.com. If you’ve been a victim of a breach like Target, usually the company will provide free credit monitoring to you for a year.

The bottom line on fraud

Even though I’m a victim of fraud, I honestly can’t say I am going to change my modus operandi very much. Maybe I’ll start running more charges through my business and personal credit cards instead of directly through my debt card (and I guess the bonus is, I’ll get more rewards racked up). I MIGHT pay for gas inside the store rather than swipe my card outside. But honestly, since I check my accounts so consistently, I actually feel pretty good about my experience. It seems like awareness is the real key…as it is with almost anything money related.

Time To Re-Jig Those 2020 Resolutions
April 1, 2020
Go to Top
If you'd like more information like this,
be sure to check out my free Money Chakra ebook.
Don't forget to also check out my FREE
Team Delegation Planning Worksheet.