Why Your Brain Might Be Stopping You From Financial Progress 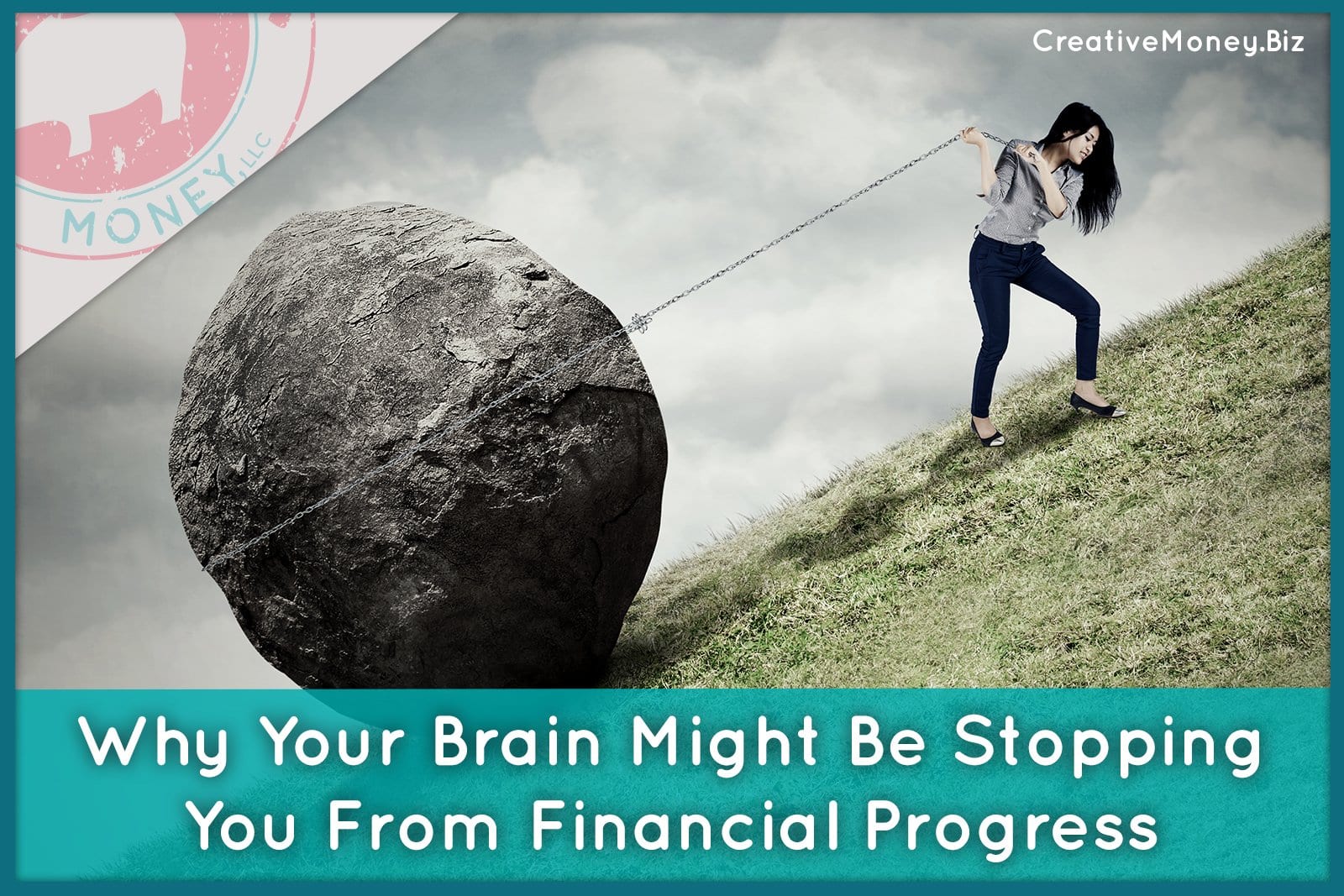 We often think about our brains as the ultimate authority, the ultimate truth. But, as it turns out, sometimes they are big, fat, liars.

The thing is, while our brains have our best interests at heart, they’re scared of change. They like things the way they are now — even if you have goals to change your habits or create new ones. In fact, our brains will tell us some pretty silly lies to resist change, especially when we’re trying to change a habit that requires a lot of willpower, like financial habits.

I’ve been talking about some “loopholes” over the last couple of posts (here and here) and that “loophole” terminology comes from Gretchen Rubin’s book, Better Than Before, which is all about habits. And these are some of the silliest and most outrageous loopholes our brains come up with when we’re trying to change a habit. But the good news is, even just exposing yourself to the loopholes can help you see them for what they are, and help you call yourself out when your brain starts being a dirty liar.

While our brains have our best interests at heart, they’re scared of change… especially when we’re trying to change a habit that requires a lot of willpower, like financial habits. Click To Tweet

I think this one is super sneaky because sometimes people don’t even realize they are invoking it!  Especially with money issues, people fall into doing things because it never occurred to them that there was any choice involved (all my friends did it… we have to have a big wedding… but we go out every Saturday night… but my kid said he wanted it!). This can also happen when you’re playing the blame game. “I can’t help my bad spending habits because my mom was terrible with money,” or “I have to spend money because my friends will ditch me if I can’t keep up.”

Keep in mind that you choose ALL your spending decisions… if you start with that as your reality, you’ll retain greater control.

I see this one in play a lot when people have been diligently paying off debt, saving money, or cutting back on an expense. They think, “Wow, I’ve been doing so great at this, I don’t need to check this as often!”  And then they stop doing the very thing that created the success. A great way to discover if you’re using this loophole is to question everything. Every time you come across an answer like, “Because we’ve always done it that way,” or “That’s just what I do,” question it even deeper. Many times, what you may assume is the only option really is just one of many.

“My kids will be upset if we don’t go on an extravagant vacation.”

If a particular habit makes you feel awkward about being out of sync in a social situation, or you worry that you’re hurting other people’s feelings or making them feel uncomfortable, this is a real factor in the formation of a habit.  But by identifying the loophole, you can identify possible solutions and experiment with different strategies.

Try weighing the concern for others against the real, tangible costs of your habit.  For example, if you’re worried that your kids will fuss if you cut back on spending, weigh that discomfort and unhappiness against the cost of not saving money, paying down debt, or whatever other habit you’re working towards. In my experience, the cost you’re worried about is almost never as big as the real cost of keeping up a bad habit.

Fake self-actualization loophole – “You only live once!”

But for most of us, the real aim isn’t to enjoy a few pleasures right now, but to build habits that support our values and contribute to our bigger life vision. Sometimes, that means giving up something in the present, or demanding more from ourselves. I always like to ask, “What am I avoiding by being spontaneous?” More often than not, it’s some commitment or challenging habit — and it’s less about living in the moment and more about my brain lying to me and trying to come up with a good reason to avoid momentary discomfort. We can almost always find a reason, a loophole, that excuses us from following a habit. But when we spot the loophole, we can perhaps reject the desire to let ourselves off the hook.

If you want more information on this, I highly recommend checking out Rubin’s book, or downloading my free Chief Initiative workbook that helps people get super clear about their #1 money priorities and what they actually want to change habits around.

What Financial Generosity Might REALLY Mean
January 22, 2020
Go to Top
If you'd like more information like this,
be sure to check out my free Money Chakra ebook.
Don't forget to also check out my FREE
Team Delegation Planning Worksheet.