How to Fail Successfully 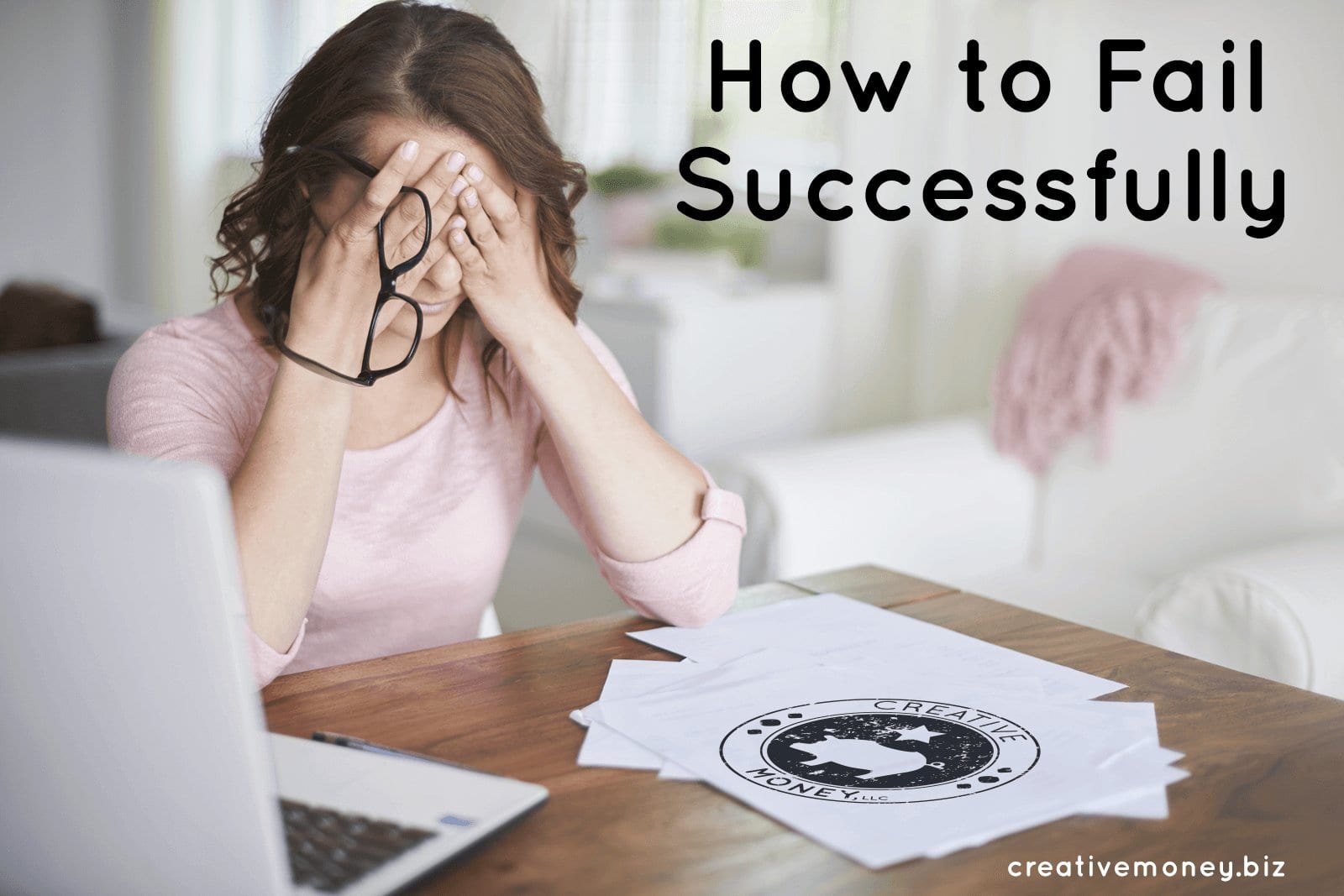 No, you don’t have to say it out loud if you’re embarrassed.  But I want you to think about it: What do you consider your most recent failure?

And how does it make you feel?

Many people think of failure as the undesirable result of something they attempted, when really it is just the beginning of a journey with many bumps.

Before Mint came out, I failed at using Quicken about 15 times.  I would start and stop about 3 times per year.  I am not even going to mention the other options I tried, because those didn’t even last as long as Quicken.

When you’re a business owner, you pretty much fail all of the time.  That blog post failed to garner the attention I hoped it would.  I failed to sign a client I was excited about.  That class failed to attain my registration goal.  I failed to be interesting enough for the media to quote me.  I failed to get my book proposal done January through September.  I failed to keep up my bookkeeping when my contractor abandoned me.  The list goes on.

I’ve noticed a trend online recently, where people are acknowledging the phenomenon of “Facebook perfection,” which gives the impression that all of us are more successful, richer, thinner and kinder than we actually are.  With stuff like this, it’s hard to TRY things publicly, let alone fail at them.

That’s why you have to keep failure in perspective. At some point in their lives, everyone thinks they are failures. But instead of letting that failure stop them, instead of giving up, achievers keep trying. They hold onto self-belief and refuse to see themselves as failures (and for me, that’s true; when I fail, I tend to think: “Hunh…well, that didn’t work, what else can I try?”).

Failure is an event, not a character flaw.

How to fail successfully

There’s an art and a mindset, then, to taking any given failure and turning it into success — because even just taking a lesson from it and moving on is success.

Do you feel like you’re failing at personal finance? You should download my free ebook 10 Steps to Being a Money Boss which will get you started on the EASIEST 10 things you can do to get back into your best financial habits.   You can get that here.

One of my favorite writers on teams and leadership, John Maxwell, gave us seven abilities that people can use to reframe their failure, persevere and keep moving forward:

It’s impossible for people to believe they are a failure and move forward at the same time. For those who are afraid of the current economic climate, the temptation may be to internalize failure or blame the economy or government.

My hope is that anyone who has suffered setbacks recently — whatever they are — will be able to separate life’s unfortunate events from their self-worth and future action. Failure is a constant. Your response to failure holds the key to what happens next.

And remember to  download my free ebook 10 Steps to Being a Money Boss which will get you started on the EASIEST 10 things you can do to get back into your best financial habits.   You can get that here.