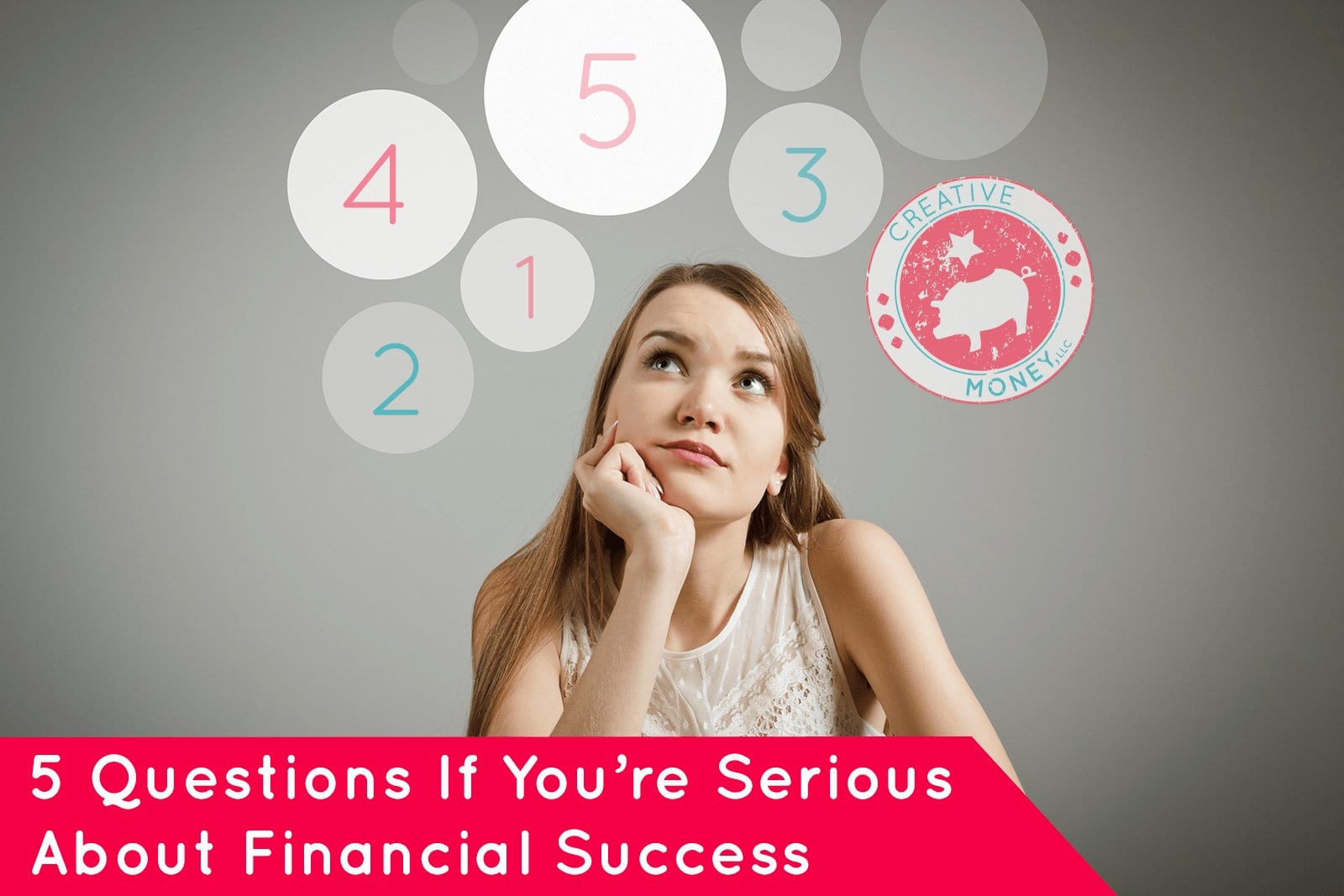 How are you doing on your financial goals?  I admit, I have been having trouble focusing on ANY goal this year…

That’s why everyone needs to adopt a “regrouping” process as part of goal planning.

Spending less and saving more is reportedly the number three resolution for Americans, behind only getting organized and losing weight.  Those should be fairly straightforward, right?  But life gets in the way…and our old patterns set in.

That’s why I think it’s important to regroup and re-set your intentions by asking a few questions..and the first question is:

What are you telling yourself about your lack of progress?

Usually when we try to change a habit, we’re also trying to overcome a long history of not-so-great habits, like overspending.  When we slip up, it’s almost as though a little recorded message starts playing in our heads:

I’ve always had trouble with money . . . Something always happens to screw things up . . . I work so hard and never get what I want . . .

And often, that recording is so familiar, we don’t even realize it’s running on repeat through our brains!

So, the first question to ask when you are stuck with your goals is: What are you telling yourself? Some of my clients tell themselves that they can’t have the same money success as so-and-so because they don’t have the same circumstances. They blame education, opportunities, time, connections, the economy — just about anything but themselves.

No matter what your recorded message is saying to you, the answer is the same: Who cares? So what? If you want it, you want it. Just because you’re not like everyone else doesn’t mean it’s impossible to get there—you just have to experiment with the route you take to get there.

Instead of berating yourself for getting off track, say instead, “Whelp, that didn’t work, what can I do next?”

Which brings us to the second question…

Are you willing to go through some discomfort and pain to reach your goal?

Quite simply…Do you want it bad enough?

Here’s the thing: lots of people say they want to save money, or change their spending habits, or pay down their debt.  In our society, it’s seen as virtuous to be good with money, and there are certainly a lot of benefits to living within your means, saving for the future, and getting out from under your debt.

The difference is huge.

A friend of mine told me that when you think you “should” do something, that’s other people talking.  It might be your mom, or your investment advisor, or your sister who’s already funded all four of her children’s’ college funds. It might be your partner or your boss or even just society at large.

But if you’re doing it for somebody else, for those shoulds, you don’t really want it bad enough to go through some pain and discomfort to reach your goal.

It doesn’t make you a bad person, it just may mean that you’re not ready to tackle that habit yet, and you might need to start smaller.

Are you willing to let go of old expectations?

When we make a plan, so often we have a vision of exactly how we think it will go.

Mary thinks, “I’ll skip my coffee once a week and put those five bucks in my savings jar, and by the end of the year, I’ll be able to afford a small vacation!”

And that works great for a few weeks. Mary loves looking at those dolla dolla bills piling up in her savings jar.  She feels really proud of herself!

Until that week when she had so many crazy deadlines at work and went to the coffee shop every day (and twice on Tuesday).  Or the time when she ran out of cash and “borrowed” a few bucks from the jar.  Or the time she decided she deserved a new pair of shoes.

But rather than giving up altogether, you can create a new plan.  Just like that!  (That’s why there are 25 more letters in the alphabet.)

Are you willing to stay in awareness?

If we look at our friend Mary in the above example, it’s pretty clear that she lost sight of her goal. She wasn’t fully aware of her spending habits, and she wasn’t making conscious spending choices.

There’s a pretty well known axiom of habits that what you measure matters. In other words, the things you remain aware of through some sort of tracking, are the things you are most likely to be able to change.

No matter what tactics I experiment with to lose weight, I have three points that I am aware of at all times: what food I consume; how much I weigh and how much I exercise. I record these things every day no matter what.

With my clients, they have to stay in awareness with what they spend (consume), what their balances are (weight) and what behaviors they engage in to improve their money relationship (exercise).

It’s about staying aware of the big picture so you don’t get hung up on a bump in the road.

Are you creating a new way of life or are you trying to take a short cut?

With weight loss, I have been very conscious that the changes I make must be ones that I can sustain—this is a lifestyle change, not a temporary tactic. That even if I didn’t lose weight, I would still be proud of how I conduct my life at the end of the day through exercise and eating healthy.

The same concept can be applied my money clients: is this a get-rich-quick tactic, or something you’re willing to work at over a lifetime?

Lots of people are out there looking for all the shortcuts in life, but in my experience, there aren’t any.  Some people look at a super-restrictive budget as a shortcut to reining in their spending and bulking up their savings, but it isn’t sustainable in the long term.

You might be able to survive on cayenne pepper and lemon water for a little while, and yeah, you might lose some weight, but you can’t do that forever!  Likewise, you have to look at whatever plan you create to reach your goals with a long-term, lifestyle lens.  Is this how you want to live your life? If the answer is no, you’re probably not going to stick with it.

The good news is that examining your plateau, your challenge, your stuckness with these questions can help you break on through to the other side.

Your End-of-Year Money Revamp Plan
August 14, 2019
Go to Top
If you'd like more information like this,
be sure to check out my free Money Chakra ebook.
Don't forget to also check out my FREE
Team Delegation Planning Worksheet.