How You Can Save Money On Food 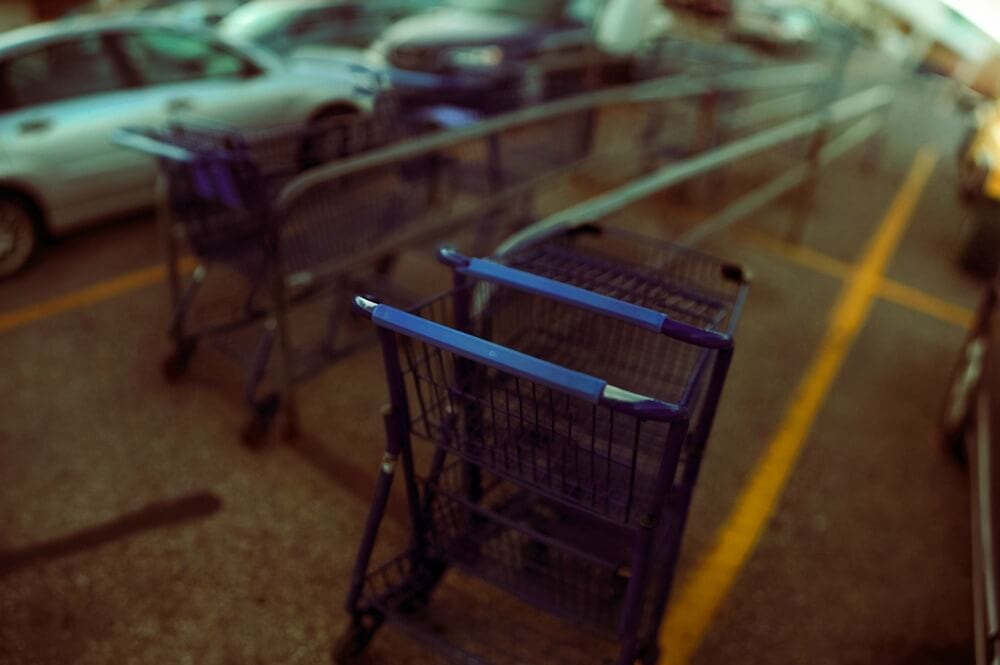 If you’re looking to cut back on your spending, you are probably wondering how you can save money on food as a budget item; which makes sense, because it’s much easier to cut back on a variable expense like food, versus a fixed expense like rent or mortgage. There are a lot of good websites that discuss frugality with food—Wisebread, for one—but if you’re just starting out in your quest to find ways to save money, sometimes it can be overwhelming.

The single easiest way to cut back on #spending is….

How You Can Save Money On Food

I admit that I wasn’t very good about figuring out how you can save money on food; for many years, this was another blind spot for me. But when I broke my ankle, my mom came to help for about 3 weeks, and I was awed and impressed at the ways she pulled together meals for us—and she spent MUCH less than I would have in the same time period. She made the process seem very accessible, even for me, who doesn’t like to cook. I recommend beginning with the following five steps:

Plan Your Meals. As I sat there, broken ankle, hopped up on Vicodin my mom would take a piece of paper and map out a two-week schedule. She’d ask me what I was hungry for and make notes on that. She makes a mean pot roast, so I am sure we had that, but instead of just having pot roast one night and then having leftovers, she planned to repurpose pot roast into a Mexican dish as well as an Asian dish.

If it had been me, the leftovers would have languished in the fridge, and I eventually would have thrown them out, but mom revitalized the meat by adding different flavors in subsequent meals. Since I don’t cook, the lesson I took away from the experience is to never cook your meat for only one meal—so I typically cook all of my protein on Sundays so I can just heat them up and throw them into different things as I go about my week. Since half the prep is already done, it’s easier to throw together what you planned to eat, instead of eating takeout.

Inventory Your Cupboards. Another way my mom demonstrated how you can save money is by using up my excess inventory. She would poke around my freezer and cupboards to see what I had, and if she saw I had a lot of rice, she’d factor that in to some of the meals. Or if I had one frozen entrée, she’d simply add another to her grocery list so we could have frozen dinners together one night. I used to have cans and cans of soup, but over the three weeks she integrated them into our lunches and some dinners, so that she was sure to use up anything I already had. After she left, I noticed that the more I planned my meals and shopping, the less random stuff I had just hanging out in my cupboards!

Stick To The List. By meal planning, my mom showed me how you can save money on grocery shopping just by accurately predicting what ingredients she needed for the upcoming meals. What was even MORE significant when I adopted her process was the fact that having the meal plan almost completely eliminated impulse buys at the grocery store. When I had already mapped out what food I would need for the next 10 days or so, I was able to pass up impulse purchases easily.

Shop Less Frequently. The meal plan always went out 10 days to two weeks, depending on how my mom repurposed different ingredients. Sure, she might have ran out to the store for something minor, like milk or fresh vegetables, but for the most part, the major shopping was completed 2-3 times in a month. When she left, I was still on crutches and unable to push a grocery cart—so I had AmazonFresh deliver my groceries. I was amazed at how much money I saved by having them come only twice per month!

Be Realistic About Your Eating Habits. As I planned my meals and shopped for groceries less frequently, I started to be very honest with myself about what I was willing to eat for a two-week period of time. I realized my tendency was to grocery shop for “perfect” Mindy, who ate lots of vegetables, no junk food, and was very clean and healthy. But when I got bored with it, I got takeout—and drove up the cost on my monthly food bill. I finally realized that planning “fun” food into my schedule made it easier for me to stick to it . . . for example, if I am tired at the end of the day and don’t feel like eating my low-fat healthy meal, I always have the makings for grilled cheese or a BLT sandwich—two of my favorite meals! And they cost a lot less than takeout.

Since I have gotten more realistic about my eating, I have actually gotten healthier AND spend less on food. I have just integrated simple organizational tools–which anyone can adopt–that made all of the difference in my grocery budget. So if you’re looking for ways to save money on food, these five steps are a great way to start.

How To Make The Holiday More Meaningful
November 18, 2020
Go to Top
If you'd like more information like this,
be sure to check out my free Money Chakra ebook.
Don't forget to also check out my FREE
Team Delegation Planning Worksheet.