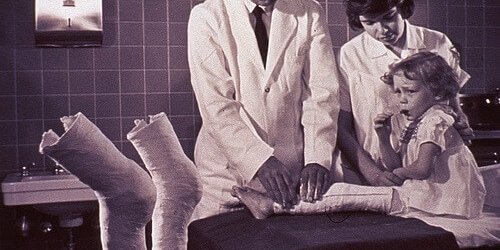 This has absolutely nothing to do with financial planning; I just wanted to get the full story out on my recent mishap. The first weekend in December I was pet/house sitting overnight for a very good friend. She has four cats and two dogs, which is quite a zoo, but manageable for me since I know what I am doing and I love animals.

Anyway, Sunday, December 7th, I woke up early and started to head downstairs. I don’t know if I was sleepy, if a cat helped or if it was just part of my normal grace, but suddenly I tripped. I crashed into the landing wall, bounced off of it and continued head first down the remainder of the stairs.

It wasn’t one of those slow motion accidents, where everything is crystal clear and you can see what is happening . . . this was very quick and blurry. I didn’t even have time to think, “Hmm, that didn’t feel good,” or even squawk or swear. Using my arms in front of me, I pretended I was Superman flying down the stairs and I managed to stop my downward descent before I crashed into the hardwood floor at the bottom of the stairs . . . because, hey, crashing headfirst into a hardwood floor might have hurt.

Somehow, I managed to swing myself around so that I was sitting on the stairs, but my left foot hurt pretty bad. I looked at it and it was swelling, plus there was an odd bump under my sock on my ankle . . . I didn’t even want to think about what THAT was.

I got up and hopped down to the bottom of the stairs. OUCH. Any movement made stuff in my ankle rattle against each other and really hurt. So, I let the cats out (the door is at the foot of the stairs, easy) and sat back down on the stairs to think about it some more.

I started feeling a little shocky, so I pulled a Power Bar out of my purse which was sitting at the foot of the stairs . . . I needed to call my friend to let her know I had to leave early; I was starting to realize that an odd bump on my ankle plus pain might mean I needed to see a doctor. Hmmmm. I was in Lynnwood, far from home and had no idea where the nearest emergency room was. And, it really was too early to call anyone. So, I was able to hop myself SLOWLY to the back door and let the dogs out for a potty break. They were already wondering why I had been sitting on the stairs so long. I got them water and some food and then took a little break.

I decided that I probably needed to call my insurance company to see what emergency rooms THEY wanted me to use. Using a bar stool as a walker, I hobbled back to my purse and the stairs for the call. Luckily, there was a hospital in Edmonds off Highway 99 that would do. Then, I pulled myself bottom first up the stairs to collect all of my stuff. That was actually the easiest part of the mobility challenge.

Once I had my stuff, I locked up—which sounds quick, but it’s VERY slow going when you have to use a bar stool as a walker and move carefully enough that your ankle doesn’t rattle. I negotiated the front stairs and hobbled over to my car, carefully getting in. Thank goodness it was my left ankle! I didn’t like the idea of leaving my friend’s bar stool outside in the driveway, so I pulled it in the car with me. She would understand, I was sure.

The drive went well; I didn’t have any problems and arrived at the hospital within 15 minutes. Parking was pretty close to the emergency room entrance, but did I really want to use the bar stool to get all the way in there? They had wheel chairs, right?? So I called and said, “Hey, I’m sitting in your parking lot and my ankle hurts pretty bad; can you send someone out with a wheel chair to pick me up?” and the receptionist said, “Sure, which car?” like it was the most normal thing in the world to ask for wheel chair valet. I guess it is for them.

So, an intern arrived to escort me—if the TV show Grey’s Anatomy has taught me anything, it’s hospital employment hierarchy—and wheeled me into the emergency room to the “Intake” area. A nurse got all of my vital information and started to ask me questions like, “Do you live in a dangerous environment?” I told her that apparently I DO live in a dangerous environment if I am sitting in the emergency room, right? She said it was actually a question designed to identify domestic abuse. Silly me.

Then more nurses came and hauled me up on a gurney . . . ouch. And tried to take off my sock . . . OUCH. Even getting the jeans off hurt. I still didn’t look at my now-naked ankle because I really didn’t want to see what that bump was. Stuff was happening around me but I really didn’t pay attention, because I was starting to realize that this injury might cut into my schedule a bit more than I anticipated. I called my friend and left a message that I had to leave early so she might want to arrange for her neighbor to let the dogs out before she got home.

The doctor came in and took one look at my ankle and said, “I think you broke it, go get X-rays.” So I went and got X-rays. While we were waiting for the results, I called my parents (who live in Portland, OR, three hours away) . . . dad answered. “Hi dad, I just wanted to let you know that I had a bad fall and I am in the emergency room in Edmonds . . . I think my left ankle might be broken.” Dad said, “Okay, call us back when you know something.”

Say what??????? I expected a little more concern than that. I was too out of it to demand to speak with my mother, who would have provided me with sufficient emotional reaction. Later, I found out that as soon as my dad got off the phone

he started freaking out and rushing around, trying to figure out how fast he could get to Seattle. Thank you! Sometimes a calm, logical reaction just doesn’t cut it.

Finally the doctor came in and told me that I had broken the ankle in three places—both sides and the back—AND I had dislocated it. He said that he would have to re-set it and then wrap it until I could have surgery, which would need to be a couple days from now so the swelling could subside a bit. They even called the doctor and got me an appointment on Monday for a pre-surgery office visit.

The main point that I pressed him on was this: I couldn’t imagine him even TOUCHING my ankle with his little finger right now without some acute pain, so was I going to be put out so I didn’t have to know what was going on while he set it? He said that I would be conscious but I should be fine. Hmmm . . .

Then they proceeded to fill me with pharmaceuticals that relaxed my muscles and blocked the pain . . . this was great! What was I worried about, there’s no problem here, and I have a doctor’s appointment on Monday . . . I was so relaxed and happy that I didn’t even feel the doctor set my leg or wrap it up. Now THAT is service!

After that, I had to lay there awhile so they could make sure I didn’t have a seizure or something. I thought I would try my parents again . . . this time, my dad answered and I just said, “It’s broken!” (probably I sounded pretty “up” with all the drugs inside me) and he said, “We’re on our way!”

They were finally ready to discharge me with crutches and a prescription for Percocet. There was no way my jeans were going to go on with the leg all wrapped up, so they gave me some humongous scrub-like pants to put on . . . they were like the most comfortable sweats ever. They said there was NO WAY they would let me drive with all of the drugs I had inside me, so they would call me a cab.

The cab came pretty quickly and a very nice man poured me into the back seat of the car. We made a detour to the Walgreen’s drive thru to fill my prescription, and the cabbie was very helpful in making sure I signed in all of the right places and that I was listening to the pharmacy tech. Sixty dollars later, he had me home to my building in downtown Seattle.

Now that I knew I had a broken ankle, I could barely crutch myself to the elevators (what the heck was I thinking, hobbling around with a bar stool??). Some residents took pity on me and pushed the elevator buttons for me so I wouldn’t have to take any extra steps. Then I schlepped myself to my condo, got inside and elevated my leg. Five hours after the accident I could finally just stay in one place and rest!

My mom stayed with me and I had the surgery a couple days later. Then it snowed for about 12 days straight, making it impossible for me to go get post-surgery care. Finally, December 23rd I was able to go see my doctor. They unwrapped the bandages and there were two huge Y incisions on either side of my ankle, held together with staples. My mom suddenly became very interested in anything that wasn’t me, so she didn’t have to watch the nurse remove the staples. Seriously, it was gross.

Then, they gave me a boot to wear at all times. Since that visit, the swelling in my foot has gone down more and more, so now the boot feels VERY huge. In addition to my ankle, I caught a cold so I could be completely miserable over Christmas!

The next step is to go back on January 15th for an assessment. Today is my fifth day without any pain meds, so I am definitely on the upswing! I’m even going to see if I can drive my car today, if I can fit this ridiculously large boot inside my car.

Have financial problems? Do this…
November 12, 2013
Go to Top
Dismiss ad

This will close in 0 seconds

If you'd like more information like this,
be sure to check out my free Money Chakra ebook.
Don't forget to also check out my FREE
Team Delegation Planning Worksheet.