What Do I Owe My Partner? 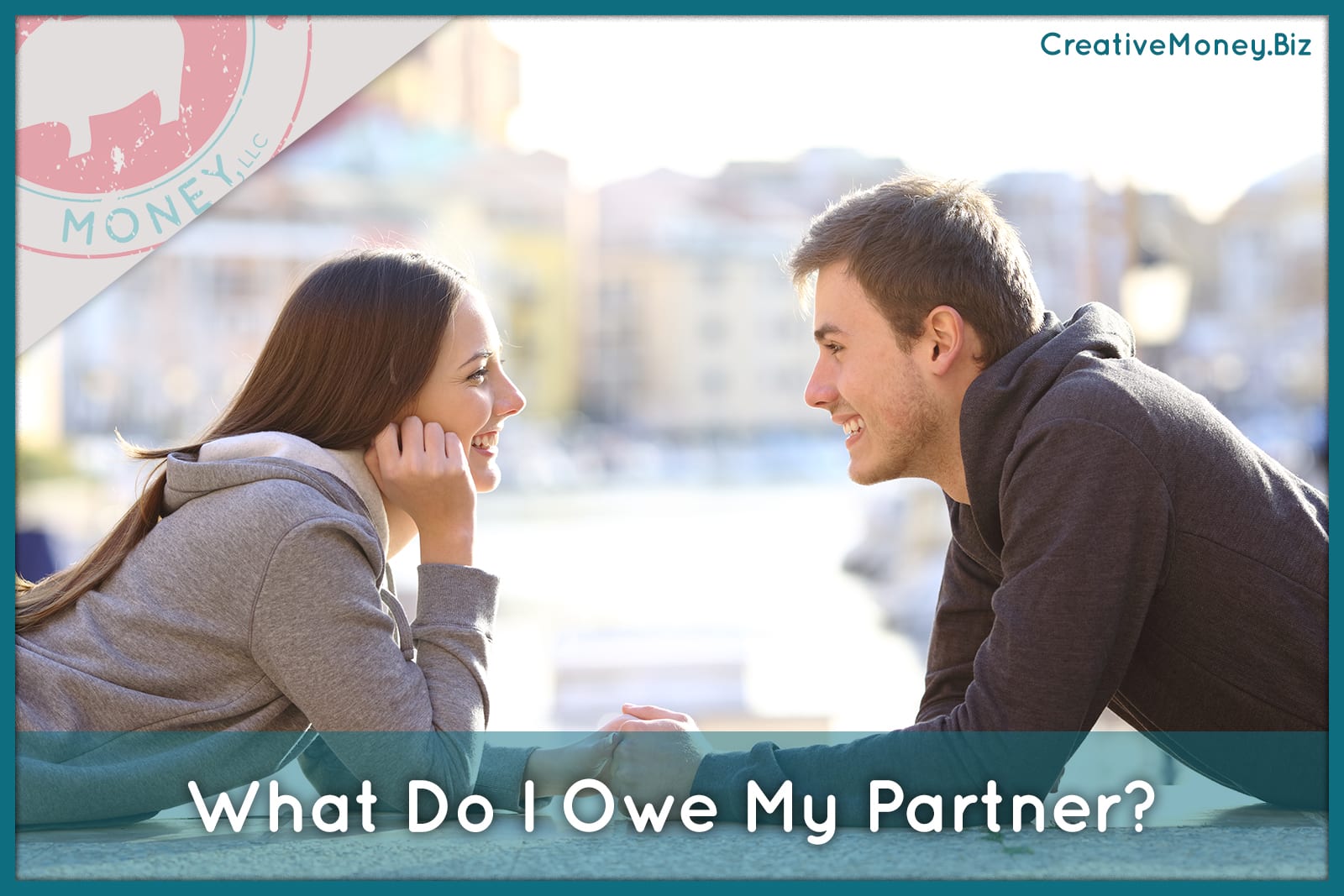 My boyfriend and I have started living together! But we’re running into a bit of a sticky wicket. I own my home (with a mortgage) and he sold his home to move in with me. Right now, he gives me about $1,200 per month to cover costs. Because he doesn’t have his name on the mortgage, he’s not earning any equity. He also sold his house to move in with me, so if he had kept his house he would have been earning equity in his own home over the years.

Any advice or recommendations on how to tackle him paying part of my mortgage, and what we would do if we broke up?

It’s really nice that you’re thinking this way, about how to make things fair in your relationship. One thing I suggest is keeping in mind is that fair doesn’t necessarily mean equal. But you can strive toward being equitable.

First of all, there are plenty of scenarios where you could own a home and have someone living with you, potentially as a roommate, paying rent. In that scenario, that person’s rent is not viewed as contributing to equity–more likely, rent is there to cover the costs of the increase in utilities, maintenance, and reduction in space available to you.

One thing I suggest is keeping in mind is that fair doesn’t necessarily mean equal. But you can strive toward being equitable. Click To TweetThis means that of the $1,200 your boyfriend gives you each month, maybe only a tiny portion actually is left to apply to the mortgage.

For example, if you look at an average $350,000 mortgage in the early years, you’re probably only paying down a teensy amount of principal every year. At first, principal ends up being a much smaller piece than interest on your overall mortgage payment. Interest is likely at around $10,500 annually ($350,000 balance x 3% APR = $10,500 = interest portion of your first year of annual mortgage payments). The interest is a much bigger piece of the pie than the equity.

If you consider all of these factors, then you might agree with the idea that living there for a few years doesn’t really merit a credit to your partner in the increase in your home’s equity. But that doesn’t mean there aren’t advantages to him paying you $1,200…in the Seattle area, he’d be hard-pressed to get a good place to even rent for $1,200.

I also don’t want you to feel like he’s “missing out” on building equity since he sold his home to be with you. Your boyfriend can take the money he received from the sale of his home and invest in something else…so living with you does not cause him to miss out on anything.

Maybe at some point when you’re feeling that things are definitely pointing toward you guys being in it for the long haul, he may take some of his money and “invest” in your home, through paying for renovations or by paying down the mortgage.

If you’re worried about an equitable arrangement…you know I am a big fan of doing the math! I think you need to be sure and retain your existing equity in the home and really understand the nuance of what his contribution means. Since you have owned the home for a few years, he probably can’t come up with 50% equity to make things exactly “even” between the two of you (but rather, things can be equitable). But if they aren’t even, does that create a bigger problem? It’s worth discussing.

Maybe things stay the way they are for now (exchanging money to cover housing and shared living expenses). Typically, what I see as “phase 2” of living together would be getting a joint checking account and joint credit card. Since you would then already have a record of what each of you is spending each month, you can deposit that money into the joint account and pay all joint expenses with that money and the joint credit card. You could even get a joint savings account to start saving for shared goals, like vacations.

Finally, phase 3 is when your joint goals start to expand to the long term. You might think of starting a family or maybe buying a home together. As your lives become more and more entwined, then it’s not just short-term cash resources that merge, it’s also looking at how long-term investments and retirement accounts and savings are coordinating between the two of you.

I like that you’re beginning with the end in mind. If the two of you hammer out a domestic living agreement, you’re protecting yourself. And, even though legal agreements are not my area of expertise, I have seen someone who loves you won’t mind having one because it protects both of you and the assets you’re bringing to the relationship.

Top 6 Investing Mistakes and What To Do Instead
October 21, 2020

Strategies to Stay Solvent During a Crisis
July 22, 2020

If You’re In A Financial Hole, Quit Digging
March 25, 2020
Go to Top
If you'd like more information like this,
be sure to check out my free Money Chakra ebook.
Don't forget to also check out my FREE
Team Delegation Planning Worksheet.