Regrouping Is Part of The Process 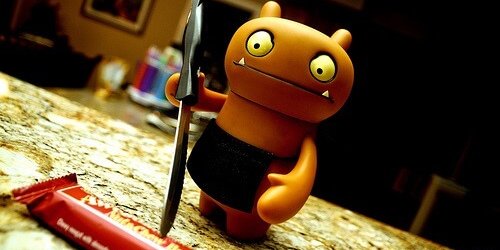 Setting goals and planning for success is easy. It’s FUN to imagine what the world will look like when you reach your goals. Yet many of us—me included—tend to become short-sighted over what happens when your plan is NOT working. Instead of regrouping as part of the planning process, we tend to abandon it altogether.

I’ve been losing weight this year. After about ten years of letting the excess weight “ride” for a variety of reasons, I finally found the energy and renewed motivation to start exercising regularly. I already ate pretty healthy, so that wasn’t a huge hurdle.

My weight loss went exactly as planned for about two months. In fact, everything went as planned. It was perfect! I imagined myself sailing through the next year (I’ve got a lot of weight to lose) without ever feeling challenged, denied or deprived. Pride goeth before the fall, right?

Of course, I hit a plateau. My weight loss completely stalled. I tried to exercise more—and I did, but it’s tricky with some of the energy issues I deal with. I didn’t want to eat too much less than I was, because I’ve been very aware of my hunger levels on a daily basis and knew the range I needed to stay in to feel satisfied. I felt stuck. I didn’t understand what I needed to do to lose more weight.

This is the point at which I usually become frustrated and abandon my plan—or in the past, I might have gotten so resentful and self righteous that I may not have even been aware that I abandoned my goal! Your unconscious, subconscious self starts to remind you it’s safer and easier to stay the same.

(or things my clients’ inner meanies tell them): I’ve always had trouble with money . . . Something always happens to screw things up . . . I work so hard and never get what I want . . .

It’s not like I was really listening to myself. My inner voice was (finally) revealed to me through someone else. I was commiserating with my friend Mary about hitting a plateau, when she said, “I know, I’m not losing weight either, it’s so frustrating!”

“Well, I’ve been watching what I eat, mostly,” Mary said.

“Well, there were birthdays, and then Easter, so I guess there’s been more candy and cake around lately,” Mary said. “I guess I just don’t feel like dieting.”

I already knew that Mary hates exercise, so I didn’t even go there. But as much as I love my buddy Mary, I realized, she was being a whiner. Did I believe she was really trying to lose weight? No. Did I believe she really wanted to lose weight? No, not really . . . because if she really wanted to, she would be trying to figure it out. Like I should be doing. Oh. Duh.

Epiphany: If you really want something, you have to continue to come at it from different angles. You don’t give up. For anything. For any reason.

We all know this. But sometimes the confusion of what we SHOULD want and what we actually want gets all messed up and it’s easy to let your subconscious inner self take the wheel and stay safe. My brain was spinning with what I couldn’t do instead of what I COULD do. So I asked myself the hard questions:

Do you really want this, or is this something that you think you SHOULD want? Are you following a “supposed-to” dream, or is this something you want with every cell of your body? Once you admit how badly you want something, it’s hard NOT to do it. I realized that weight loss was in my top 3 priorities for 2012, so I gave myself permission to make it an ACTUAL priority in my schedule again.

What are you telling yourself? I was telling myself that there was something wrong with me that prevented me from losing weight like everyone else. Some of my clients tell themselves that they can’t have the same money success as so-and-so because they don’t have the same circumstances. The answer is the same: Who cares? So what? If you want it, you want it. Just because you’re not like everyone else doesn’t mean it’s impossible to get there—you just have to experiment with how you CAN get there.

Are you willing to let go of old expectations? You may need to scrap your original theories, ideas and plans that you thought would get you to your goal. Your plan may have been unrealistic. OR, your plan may have been COMPLETELY realistic up until now. My reality is that the plan that got me to point A was not going to get me to point B. Scrapping the plan and creating a new one was the most liberating thing I have done in awhile.

Are you willing to stay in awareness? No matter what tactics I experiment with to lose weight, I have three points that I am aware of at all times: what food I consume; how much I weigh and how much I exercise. I record these things every day no matter what. I lost that when I got discouraged, but regaining that awareness was the first step to getting back on track. With my clients, they have to stay in awareness with what they spend (consume), what their balances are (weight) and what behaviors they engage in to improve their money relationship (exercise).

Are you creating a new way of life or are you trying to take a short cut? With weight loss, I have been very conscious that the changes I make must be ones that I can sustain—this is a lifestyle change, not a temporary tactic. That even if I didn’t lose weight, I would still be proud of how I conduct my life at the end of the day through exercise and eating healthy. The same concept can be applied my money clients: is this a get-rich-quick tactic, or something you’re willing to work at over a lifetime?

I did it. I broke the plateau after one month of tweaking when I ate, what I ate . . . when I exercised, how much I exercised . . . but I did it. I’m starting to lose consistently again, with actually very little discomfort. I just needed to be willing to “go there,” to that place of “I am different than everyone else, so I might need to make an extra effort here.” The extra effort is barely noteworthy in the grand scheme of things, and it’s nothing in the headiness of actual weight loss success.

The older I get, the more I realize that my success is hardly ever about the specific tactics I use or how strongly I feel about a given goal; it’s my ability to regroup and return consistently to what I believe is worth doing. It’s being willing to suck at something until I get good at it.

It’s acknowledging that the steps someone else took to reach their goal is hardly ever the path I’ll need to take. And that’s okay. I’ll get there anyway.

P.S.  You might like my free workbook on 10 Steps to Becoming a Money Boss, to get started quickly on your money goals.  You can download that here.