The Real Reason You Shouldn’t Talk About Money 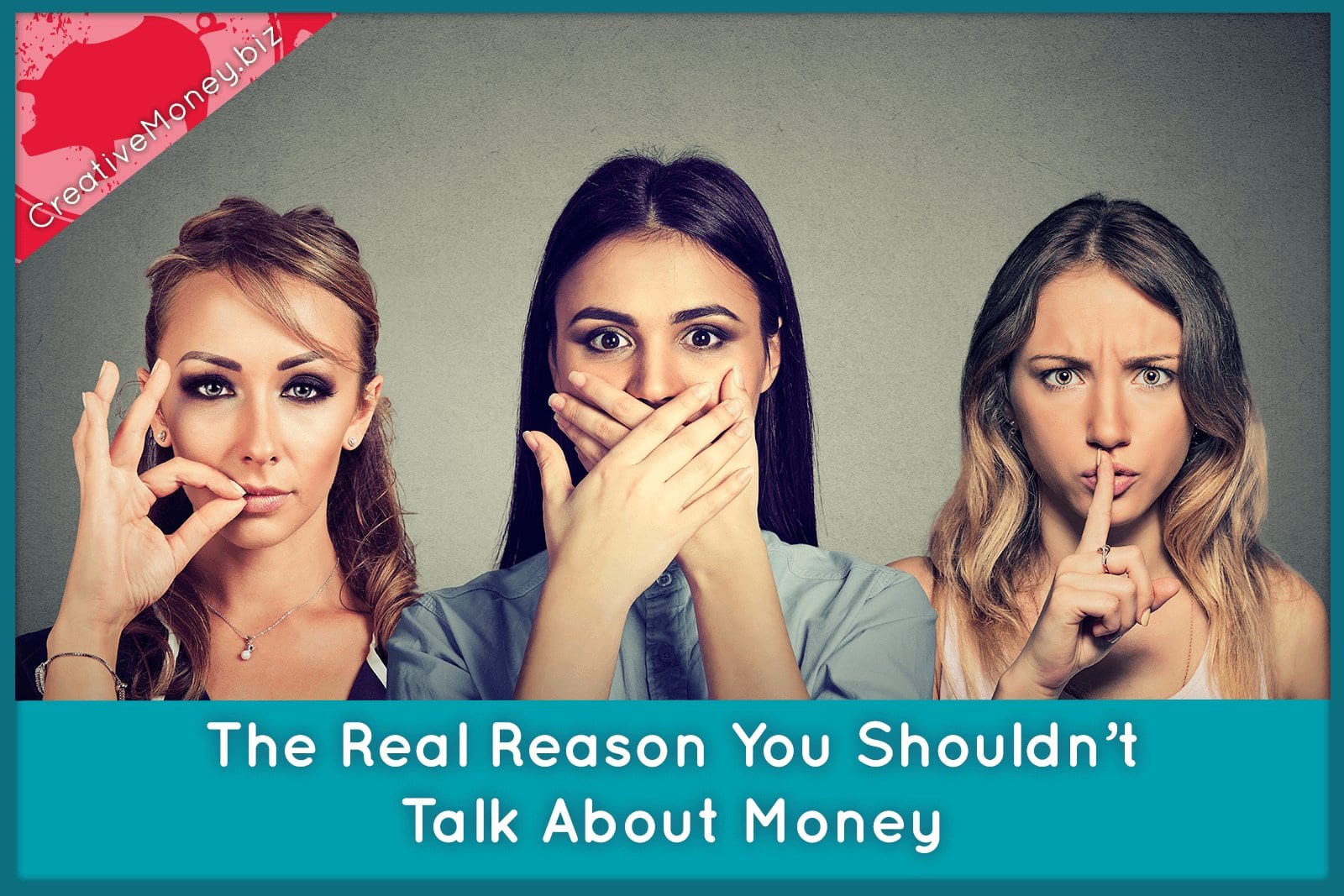 The other day I asked a health professional one simple question. ONE QUESTION. And he proceeded to talk for the next 15 minutes about all of the ways people should be more afraid of this specific thing I asked about, how basically we were all screwed. Apparently he was very passionate about this topic.

When he was done, I felt a little violated…he had never stopped to check and see if 1) he had answered my question (he hadn’t), or 2) how all of this was landing with me. I sort of felt like he had taken all of HIS fear of the topic and picked it up and smeared it all over me without my permission, like it was some sort of noxious, Vaseline-type chemical. After 20 minutes with this guy, I was exhausted.

Imagine you sit down with someone — a friend, a coach, a financial planner — and you ask a question about, say, retirement planning.  Suddenly, that person goes off on a rant about how you can never save enough money because Social Security! And the Gubment! And Death Taxes! And and and…!

You just got fear smeared.

And worse, you didn’t get your question answered.

The thing is, fear doesn’t help you. Sure, caution is helpful…like, don’t get too close to that dog spewing foam from his mouth. Or, if you don’t understand an investment, don’t use it. But there isn’t any reason to be afraid.

Fear clouds your judgment. It paralyzes you. Which is the last thing you need when you’re trying to make a rational money decision or avoid a dog with rabies.

You might not be able to prevent someone else from starting a fear smear, but that doesn’t mean you have to succumb to it. Here are 7 ways to circumvent them:

Be rude. Interrupt their rant with a non sequitur. They are being rude by reciting their fear manifesto to you, so you’re totally allowed to interrupt them by holding up your hand and starting with “…but back to my original question…”

Be ignorant. It’s better to be perceived as a little dumb than to try and weather the fear smear. Just choose one of the terms they mentioned and say, “What do you mean, _____?” such as “What do you mean, amortization?” This will break their rant rhythm

Be combative. Say, “But that’s not what I asked.” And then look at them expectantly. S/he probably will not be able to remember exactly what you asked, because you triggered him and s/he will have already gone too far down the fear rabbit hole to recover. And if they ask you to repeat yourself, just say, “Nevermind. So how’s your wife/your dog/your D&D group?

Be self involved. Get on your phone and remove eye contact and as they run out of steam say, “What would your answer be if I only had 30 more seconds to have this conversation?

Be verbal. I know when I am on a rant, it totally throws me off if someone is verbally trying to keep up with me, so just keep saying, “Uh-huh, oh yeah, too true, no doubt, absolutely…” and then throw in something potentially confusing like, “You’d think just the opposite would be true…” Because then s/he gets confused about whether they should keep going or answer you. And sometimes they will realize all on their own that the conversation has become a little one-sided.

Be physical. Sometimes when I am listening to someone on a rant, I can just hold up a finger and the visual cue helps them wrap up and we can turn it back into a conversation. But I also saw my friend try this with her husband (who was on a rant)…her finger turned into a hand, which she raised and then started moving toward him…and he kept talking. So she burst out with, “I am LITERALLY giving you the international symbol for STOP and you’re ignoring me!” And it sort of turned into a slapping fight because she used her hand to mush his face, then he retaliated and then it started to go somewhere weird, so I left. But rant averted

Be funny. When the fear-smearer stops to take a breath, jump in and say, “And THAT is when the zombies will eat your face off!” S/he’ll say, “What??” and you’ll say, “What, what? You just described the plot of Shaun of the Dead,” and then you can talk about zombie movies.

The point is, regardless of who you’re talking to, no one has the right to impose their fear and paranoia on you—and you’re never obliged to listen. True, it might make you less popular because you’re no longer politely validating someone else’s issue.  But listen...this goes back to how you want to be with your money. Do you want to sit passively by and allow people to smear their issues on YOUR money, or do you want to take control? Click To Tweet

When someone else is smearing all over the place, it can be tricky to extricate yourself. However, I have noticed that it helps you get clearer on your own issues, instead of working through fear you adopted from someone else.

The truth of the matter is, it’s human nature to fear the unknown, and also human nature to want to try to warn others about potential dangers. People who fear smear probably don’t know they’re doing it — and while they subconsciously do want to scare you (so that you’ll be as “informed” as they are), they don’t want to harm you.

Think about people in your life. Everyone has their own fear smear issue. It helps if you’ve identified it and are ready for it. That way Crazy Uncle Joe can’t corner you at Thanksgiving and tell you horror stories about the housing market

Only change yourself. You can’t talk people out of their fears, just disavow that it’s your issue. All of the rest of it is their own work (and none of your business, quite frankly)

Do you fear smear anyone? Are you guilty of the fear smear? Maybe you can come clean with the people in your life about your efforts to quit spreading fear

One of the best antidotes to fear is knowledge. If you find yourself freezing up when it comes to your finances, I highly recommend you sign up for my free library of financial planning and mindset resources that you can find here.

Self-Awareness is the Key to Wealth Building
April 28, 2021

The Four Rules of Money Success – Rule #2
March 24, 2021
Go to Top
If you'd like more information like this,
be sure to check out my free Money Chakra ebook.
Don't forget to also check out my FREE
Team Delegation Planning Worksheet.