You are here:
Entrepreneurs 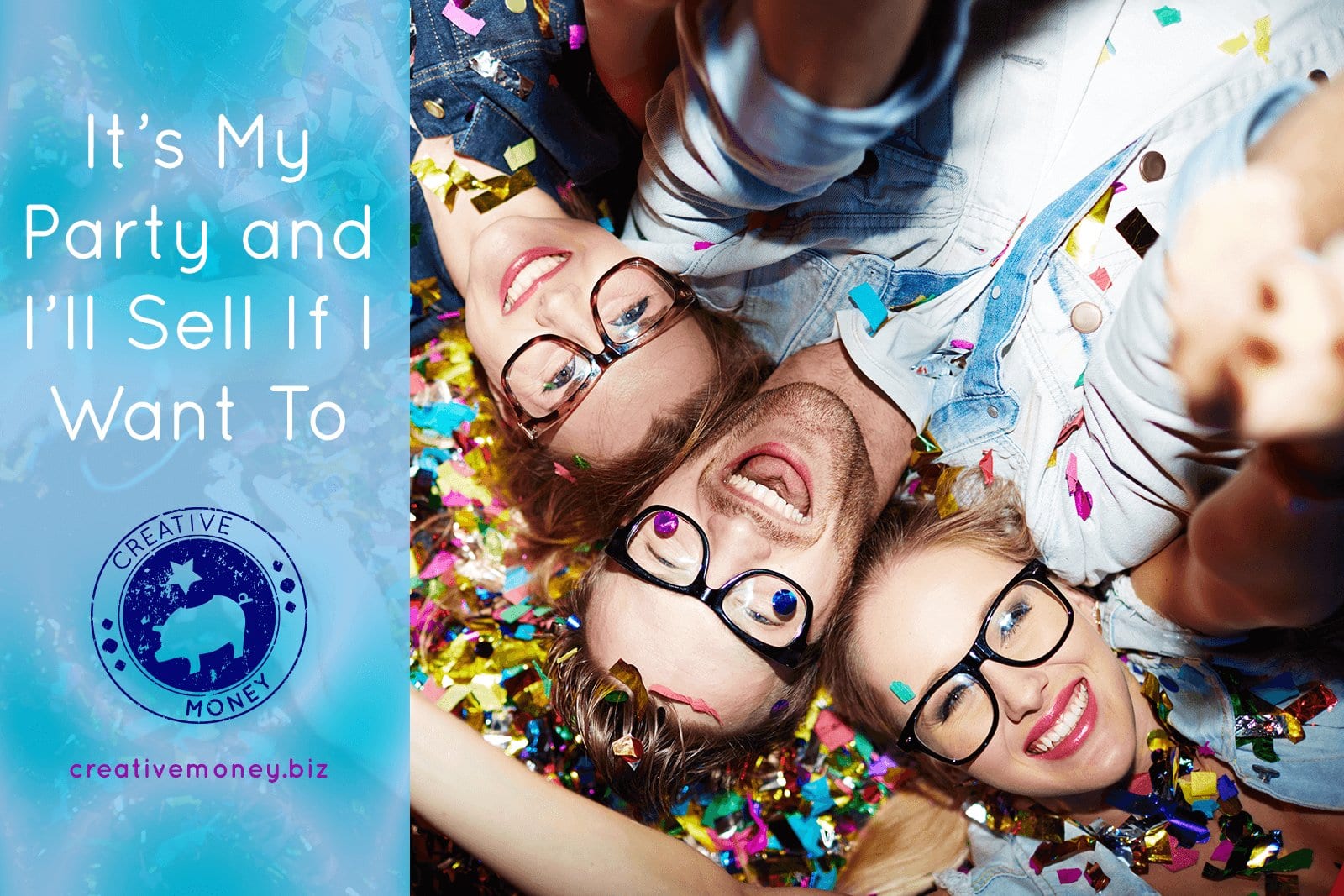 I hear so many people in the entrepreneurial circles I travel in complain about sales.

They say they aren’t good at it.  It doesn’t feel natural. It makes them uncomfortable.

Which is totally cray-cray to me!

OK, it’s not that I just looooooove selling (if I did, I would have gone into sales — duh). But to me, sales isn’t something to like or dislike. It’s not about the emotion I attach to it; it’s simply a process in my business, like setting up my email system or doing my taxes at the end of the year.  (And nobody likes paying taxes, but we all have to do it.)

Because let’s be frank: a business without any sales isn’t a business. It’s an expensive hobby.

This is both good and bad for some folks.  Bad, because it eliminates all those “I don’t like it” excuses, but good because sales doesn’t have to be hard or icky or pushy or anything you don’t want it to be.  In fact, your sales process can be one of the most rewarding parts of your business — and not just because you’re getting paid.

Developing your own sales strategy is about changing your own energy and mindset about it until it feels natural and even — dare I say it? — fun.

I want you to think of your business as this fantastic party that you’re holding, and because you want to have fun, you invite the people you most enjoy spending time with to your party.

You don’t have to invite everybody to your party, but you also have to acknowledge that sometimes, maybe, some of the people who you invite to your party aren’t going to be able to make it. It might not be the right time for them, they might have other obligations. You might have a great relationship with somebody but they just can’t make your party.  You don’t take that personally.

It’s about not having any attachment to whether or not people show up to your party.

Because, again, sales is not an emotional activity, it’s a process.

Part of being open with yourself is accepting where you are and admitting to yourself first: “Yes, I want more clients and more money, and that’s a good thing.”  It’s not desperate to admit that.  It’s about being open about who you are and what you want… and inviting more people to your business party.  It doesn’t have to be pushy, but it does need to be genuine.

When I talk about inviting people to your party, I feel like I have to mention Shenee Howard. She’s a marketing consultant, and when she started her business she put a call out on Facebook that said something like:

“Hey, everybody, I’m finally ready to do my own thing and start my own business and put myself out there in a different way. But before I get started, what I want to do is I want to make sure that if I’m going to be a marketing consultant that I’m actually offering things that really speak to people’s issues, it speaks to their pain, that also speaks to things that maybe they feel like they’re not getting from current marketing consultants who are out there. So what I am doing is the ‘100-person project,’ and my goal is to have conversations around marketing pain with 100 people. Obviously I don’t have any services yet, so this is pure research on my part.”

Being transparent about her process helped her get to conversations with 100 people. She would ask questions, and get to the heart of their pain points, and at the end of these conversations she would say, “Now in about 90 days I’m going to be putting out my marketing consultant shingle and starting to offer services based on these conversations I’m having. Would you be interested in me reaching out to you or circling back with you to see if one of these might be a fit for the pain things that we’ve discussed today?”

And of course everybody said, “Absolutely.”

So the very first day Shenee opened her doors as a marketing consultant, she already had 100 real prospects.

I love this story because, it’s about creating awareness. Shenee didn’t need 100 people to work with her on day 1, but she had generated enough traffic so that she could easily fill the spots she did need to fill. And she opened herself up to listening to the customer instead of having a preconceived notion about what she should be offering.

So, to sum up: Your only goal is to invite enough people so you don’t look lame standing by the bar by yourself, and then get those invitees to make a decision — yes or no.

And the way you do that is by crafting a solid sales process, which is what I’ll be discussing in the next post.  Want to make sure you don’t miss it?  Click here to get on my email list and have the posts delivered straight to your inbox. You’ll also be the first to know when I release Sales Boss, a comprehensive course version of all this juicy info to make you a money maven in no time.

Money Moment: Making the switch from employee to entrepreneur
June 6, 2017
Go to Top
If you'd like more information like this,
be sure to check out my free Money Chakra ebook.
Don't forget to also check out my FREE
Team Delegation Planning Worksheet.