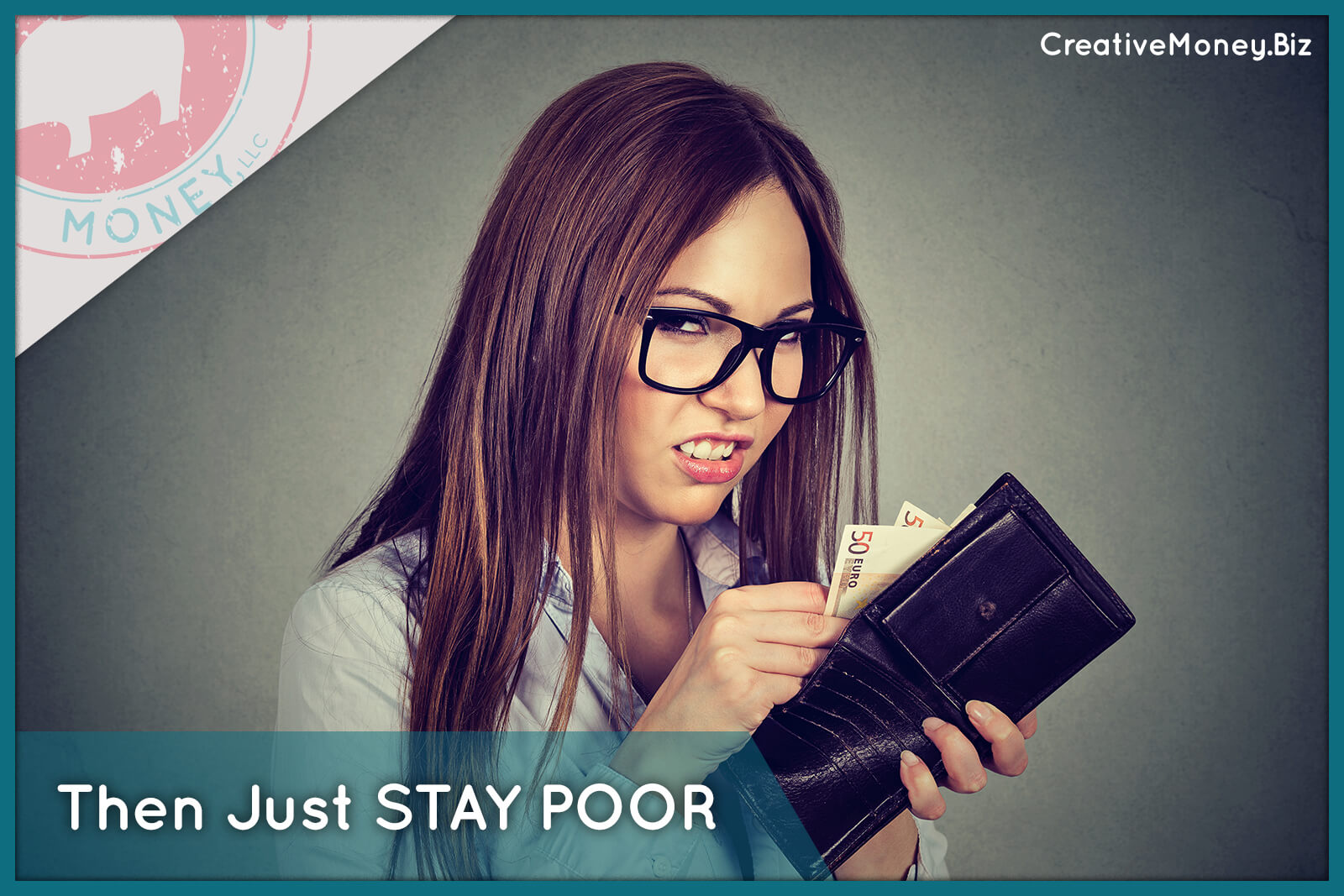 I know the title of this post seems really harsh, and for some people, maybe it needs to be.  The point is if you keep making excuses why you aren’t reaching your money goals, you will never reach them (and BTW, I am not talking to people who systematically live paycheck to paycheck; I am talking to the people who KNOW they can save more, but don’t.).

Excuses are goal killers; a book on an entirely different topic helped drive that home for me. A book called “…Then Just Stay Fat” has helped me realize that however “valid” I felt my excuses were, they ultimately don’t matter if my priority is better health.

Shannon Sorrels, the author, discusses the “whys” people tell her when their scales refuse to budge:

If you keep making excuses why you aren’t reaching your money goals, you will never reach them. Click To Tweet

And the list goes on.  I personally have used several of these.  But Sorrels’s book points out that there are no magic beans, that weight loss is solely a function of calories in, calories out.

The same is true about wealth building – I know that everyone wants to believe that there is a magic investment, but the majority of wealthy people simply work the practice of spending fewer dollars than they bring in.  Wealth is solely a function of money in, money out. Poor (in this case) is a function of more money going out than coming in.

Priorities are more powerful than excuses

Recently (and yes, AGAIN), I decided that no matter what the ultimate results, I want better health. That might not mean losing weight; it might just mean working toward “ready for anything” fitness…something I haven’t felt since well before breaking my ankle. I get thrown off by how my low-thyroidness reacts to illness and stress, so I revisit this goal each time I get thrown off.

But guess what? Because I prioritize eating healthy and working out, I have lost weight. Funny how that works. I was really pained about not being healthy—and I imagine a lot of people are equally pained about where they are financially. It’s okay if you get off track – I do, all of the time. Constantly. But when I make my health a priority, I can get back on track more easily.

If you’re feeling like building wealth, getting out of debt, getting financially on track is out of reach for you, then I would ask if you are really making it a priority. Are you doing absolutely everything you can to reach your goals — or are you giving up before you even get started?

What is your priority?

The truth is, even when we say we want something, sometimes we don’t take the actions to make it a priority. Ask yourself, where does wealth building fall on the priority list?

Think about it. What do you feel like you have to get past to really focus on this? When I recommit to exercise, I always do an “ideal week” and have like 10 hours of exercise plotted out.  But you know what? Four hours nearly killed me, getting started. I didn’t need to give it 10 hours to give it my all when I was back in beginner’s mode. So you might be surprised that in making wealth building a priority, it doesn’t take as much time as you imagine.

And BTW, if you want some help with this, feel free to look at some of the exercises in my free library – which you can access here.

Are You TRYING to Fail at Money???
May 27, 2020
Go to Top
If you'd like more information like this,
be sure to check out my free Money Chakra ebook.
Don't forget to also check out my FREE
Team Delegation Planning Worksheet.