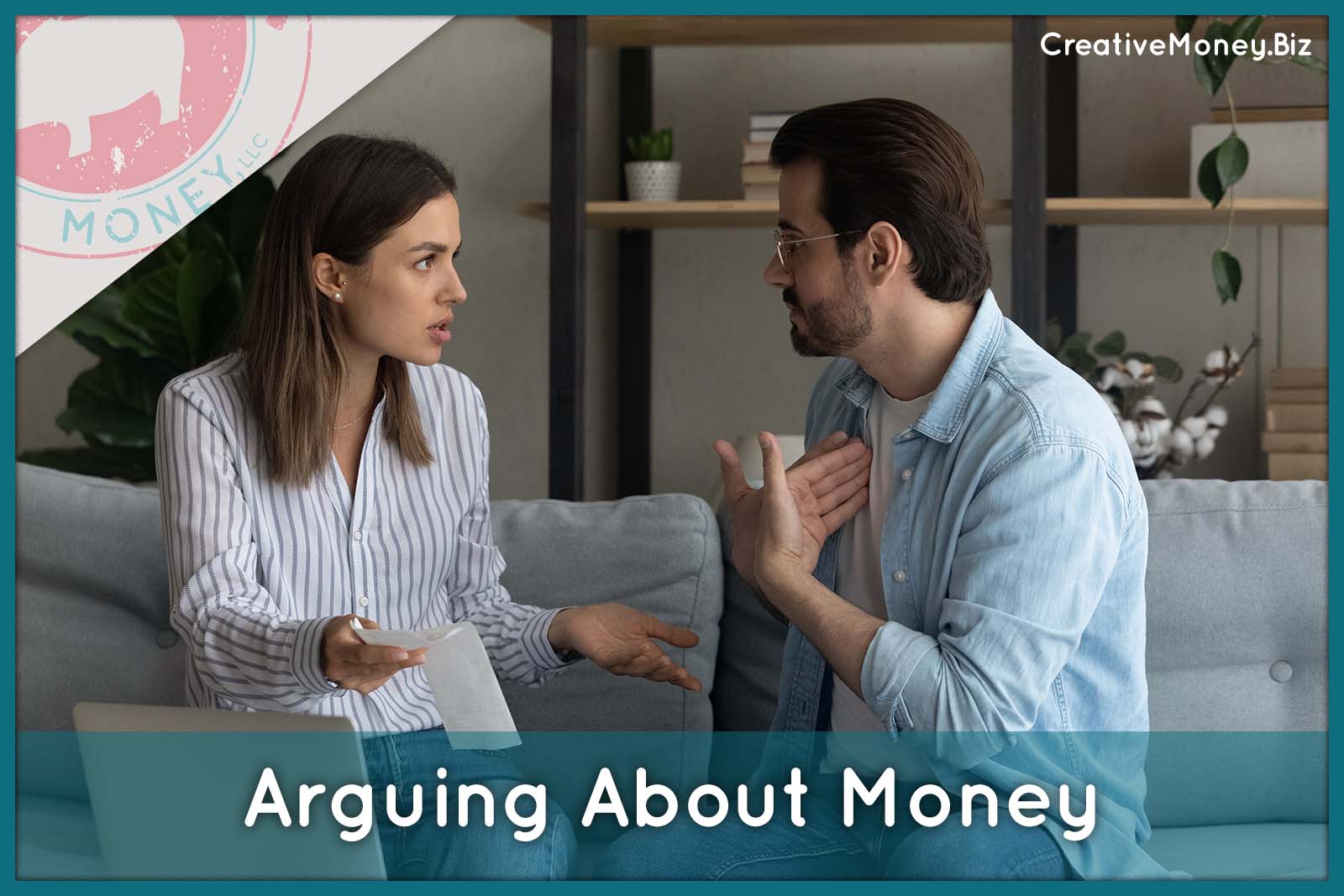 According to a survey from the American Institute of CPAs, money is the most common reason married or cohabiting couples fight. Of more than 1,000 American adults polled, 27 percent of participants said that disagreements over finances were most likely to erupt into an argument — not children, chores, work, or friends. The survey also found that couples average three arguments a month about financial issues (YUCK!).

What are these arguments about?  Here are the four most common areas of disagreement:

Have a Money Date

Money pushes a lot of buttons for people…I get it. And if you perceive your partner made some money mistakes, you have to understand a few things at a higher level:

Does your partner ALSO perceive that they made a mistake? They might be fine with their spending!

Does your partner agree on your money goals? If there isn’t a match, then they may not give their spending the same weight you do.

So you need to understand, do they want to alter that behavior, or are they appeasing you? Appeasement doesn’t work long-term, so you might need to go deeper, to understand if you’re aligned with your money goals and agree on what behaviors get you there or stop progress.

Ultimately, we have to honor the research, which says most issues could be solved by setting aside time to talk about money with your loved one. Here’s how to have a money date:

And please check out my vault of resources to help you organize your money dates better!  You can get access to that right here.

Are you worried about money?
May 18, 2022
Go to Top
If you'd like more information like this,
be sure to check out my free Money Chakra ebook.
Don't forget to also check out my FREE
Team Delegation Planning Worksheet.