Should You Stay In A Controlling Relationship? 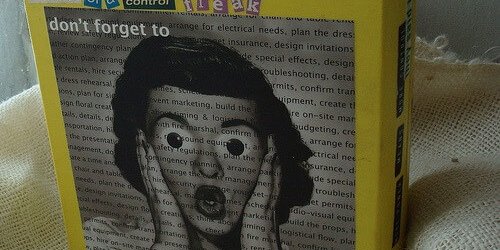 Not All Control Freaks Are Evil

Controlling is a continuum of behavior; it’s not just black and white. Control dynamics might play out with some people, but not others. Controlling people can be lovable. Some are willing to give up control; they just need to be shown a different way.

Take my dad: I know he loves me. But he can be controlling. And that’s okay for us. I can love, appreciate and enjoy being with him without expecting the “ultimate” father-daughter experience. And in the face of my acceptance, he becomes less controlling.

Years ago, I visited my parents for Christmas, and we planned to meet the rest of the family at a downtown restaurant for dinner. Dad decided I should drive, since his and mom’s night vision isn’t the greatest anymore. So we piled into their gigantic Buick and off we went.

My family is always early to everything, and I knew we were running about 20 minutes ahead of schedule. I also knew that my dad had already carefully thought out the optimal route to the restaurant without considering our earliness. At some point, he would start directing me as to which route to take. So I was ready for him.

He said, “You’re going to want to get in the left lane . . . “ and I started talking loudly over him, saying, “What? Where? What lane? . . . “ and I sailed past the left turn he wanted me to make. He started chuckling; he knew what he was doing, and he knew what I was doing. I said, “We have time to look at some Christmas lights and take the long way around, I think.” And he said, “That sounds nice,” and smiled back at me.

Maybe that’s just a story about how I out-controlled my father . . . but I choose to believe it’s a story about not giving up on a benign controller. My dad has never hit or otherwise abused us. His worst addiction was to work. What’s really important is that my father’s need for control stopped having power over me once I made the choice not to let it.

Your Power In The Control Dynamic

Dealing with anyone’s tendency to control is more about managing yourself than managing them. I quit looking outside of myself for confirmation of my goodness or my self esteem. I did what I needed to do to see the world through love, and not fear. I questioned my own codependent tendencies. When I take myself out of the equation, I know that even when my father tries to control, he’s just doing the best he knows how. And as long as I show him another way without anger or judgment (or making his behavior about me), he feels loved too.

That’s the way of the benign controller—you have power to escalate or defuse the situation. Each occurrence is a self-growth opportunity, to show up differently in the world. I admit that I failed in my past relationships because of my need to control, but the tendency to control was always from a place of love—it might have been an idealized, control-freaky version of what the relationship should look like—but no one ever doubted my love. I just needed to be shown another way.

The control freak wants what we all want: love, happiness and fun. They just have weird, unproductive, fear-based ways of getting to it. If you can coexist with a controller without playing into their dynamics, you can support them through your example. By the same token, you need to know your limitations; I am okay having control freaks in my life, but I draw the line at certain behaviors.

So, what is intolerable? When is it not okay to have a relationship with a controller? Here’s my personal list of the less-benign controller characteristics that make me run the other way:

I consider these “gateway” behaviors to darker things . . . And I hope this goes without saying, but I’ll say it anyway: physical and verbal abuse take the controller out of the realm of benign. That person will most likely not change without professional intervention. And if you’ve been hit or verbally abused, seek help immediately (now back to our scheduled programming).

Choosing to live with a benign controller is a personal choice, and obviously, there are a lot of factors involved in every person’s unique situation. But now that I know it starts with me—the conscious awareness, and then the choice to participate or not—the issue ceases to be one about oppressor/victim and instead becomes a discussion about the world of choices you have to make your relationship stronger by showing up differently.

P.S. One way to get on the same page with them is to have a chief initiative to align your values, priorities and spending.  You can download a free workbook on that here.